Stripping the United Nations light blue (Pantone 279) flag of its distinctive white olive branches and grid of concentric circles and meridians, lays bare an “azimuthal equidistant projection” map of the earth. This type of map is centered at the North Pole, where no particular nation is emphazised, thus disqualifying the flat, east–west depiction of the world. Its spherical projection also gives a more telling view of how the continents are connected. An early version of the UN emblem had North America at the center, but in the current flag (in use since 1947) the vertical center line is crossing the Prime Meridian and the International Date line. Not perfect, as Antarctica is missing (not an area of concern for the UN), but still worth a closer, unobstructed look. 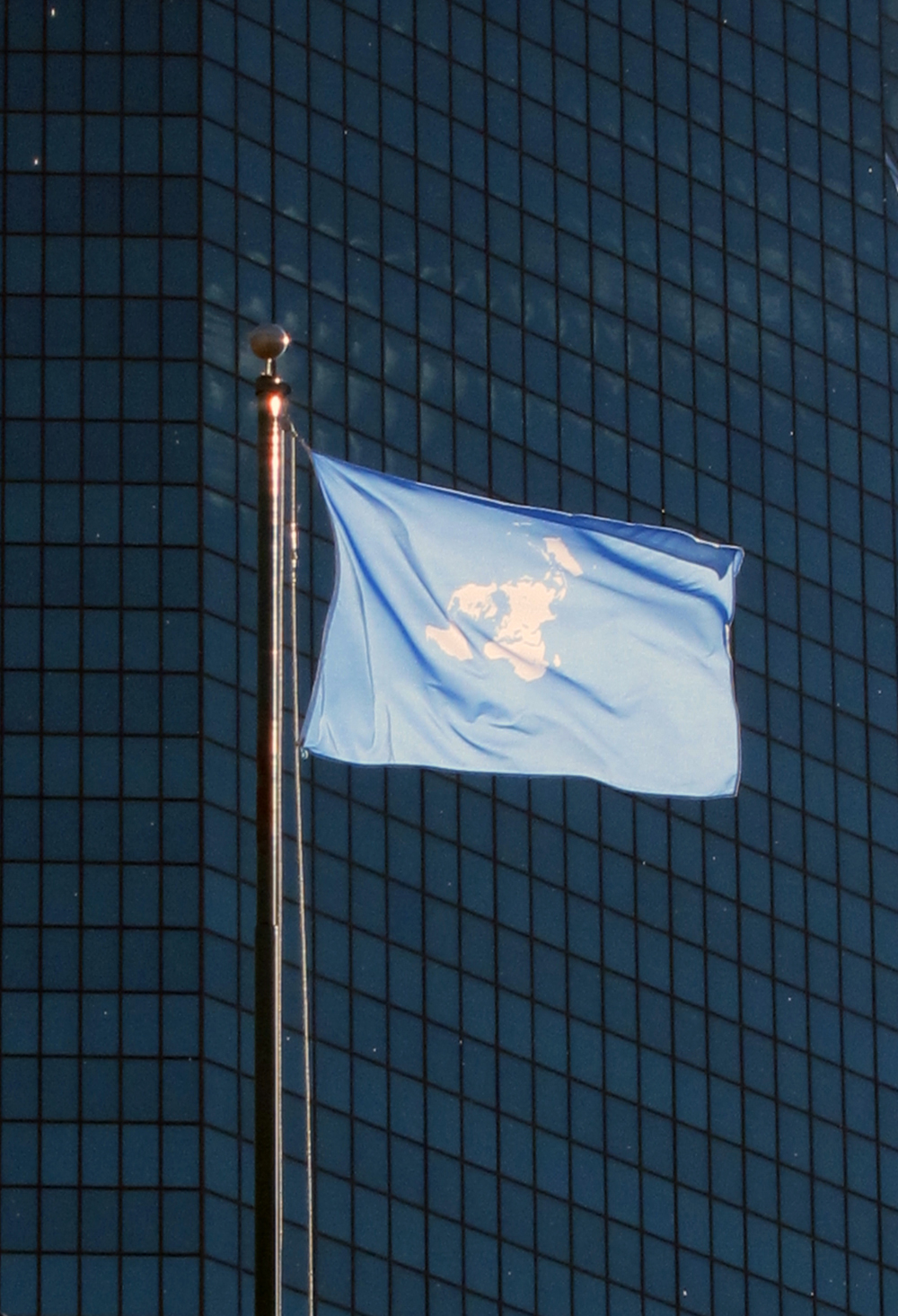